We have cherished the privilege of working with some of the UKs most prestigious brands since 2004.
We specialise in Video Production, Live Streaming and Broadcast Advertising.

Serving our clients
for over 18 years 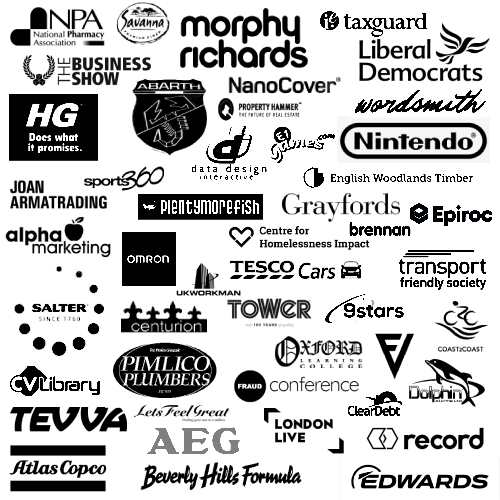 As our Live Streaming business continues to grow, we have expanded our capability thanks to development of new production management software and a substantial investment in new cameras, vision mixers and live stream encoders. This includes the development of a new dedicated website and increased product range.

We have long worked 'behind the scenes' in the digigtal world, developing our own software and building tech infrastructure. In 2022, we expanded our proposition to formally acknowledge this work and formalise a range of products focused on our video integration and user experience (UX) skillbase. These new products are intended to compliment out primary services to increase Return On Investment (ROI) potential for our clients. Services include chatbot logic, digital to real-world integration and some SEO services. We have also partered with specialist digital agencies Wordsmith Digital DME to offer digital media buying and digital proposition optimisation.

Part of our expansion in the digital arena included the conversion of our entire web portfolio from database / content management systems to a far more efficient bootstrap technology, decreasing user wait times on our web sites from 5 seconds down to less than a quarter of a second!

We further refined our proposition through the creation of four Customer Centres, focusing on specialist services.

The Covid19 Pandemic takes hold of the world.

2020 was a devastating year for almost every person and business in the world. A global pandemic (Covid19 Coronavirus) killed hundreds of thousands of people, destroyed businesses and forced public spaces (e.g. hotels, pubs and all retail) to close, some - forever. Almost every country fell in to lockdown.

During some of that time, Concept Media Group wound down the old Hemel Hempstead studios as the exciting new studios in Leighton Buzzard came to life.

Video became a significant part of the way everyone communicated, both in the workplace and at home. Working from home became the norm for almost every office-based employee.

The effect of the pandemic and lockdown caused an almost immediate transition across some of Concept's services. Where companies had previously engaged video production for their wider staff briefings, newer technologies from Zoom and Microsoft Teams were adopted as the platform of choice.

2019 Design starts on a new 3000 Sq.Ft TV Studio, and we launch our Customer Centre Product Brands.

Following a period of consultation with our customers and a growth of our digital video production services, we are excited to announce that design is underway for a brand new 3000 Square foot (360 Square Metre) Television, Video Production and LIVE Streaming studio at our new Bedfordshire Headquarters. The new expansion comes as part of the continuation of the development of the Concept products into our strategic Customer Centres brand configuration.

Further development of our brand portfolio

Following success in the political sector, we start to grow our general Live Streaming services.

Building on the success of our Video Production for business and organisations product, our expansion of our LIVE Streaming business strand continues to be a success.

We can now offer an extended range of event filming and LIVE Streaming services.

Concept Television Studios Limited had become known by two brands. The first was Concept Studios which was originally based on a shortened version of our full name, registered as our web address. The second was Concept TV which our clients had begun calling us. A name which stuck for many years. It was time to clarify our proposition.

As the amalgamation of digital devices continue, the 'TV' part of our traditional trading brand 'Concept TV' had become tied to a specific device and business activity (Television Advertising). In fact, as much as 50% of Concept's video production work is now consumed on personal digital devices – smartphones, tablets, PCs, IOT devices.

Our new trading name 'Concept Media Group' incorporated the variety of video specialisms that we were serving. The principle company name 'Concept Television Studios Limited' and ownership structure of the business did not change.

To support the new brand, the new brand presented Video Production, TV Media Buying and Creative Production aspects of the business at https://ConceptMedia.Group instead of the original conceptstudios address.

Concept TV once again became an associate of a major company as a provider TV Broadcast Production. We took further steps into programme content production with the development of a new TV programme and production style.

Continuing with our programme of continual re-investment, we took the decision to move over to 4k (UHD) video production. Not only did we want to be the first affordable agency to embrace 4k as part of our every-day production, but we wanted to take a step further into RAW digital filming. With new Davinci Resolve edit suites to support our Avid Media Composer and Adobe NLE edit suites, we began creating visuals that changed our marketplace forever.

Our work with one of the UK's leading small domestic product brands led us to the creation of a dedicated kitchen television studio. Unlike may other TV kitchens, our studio space was principally designed to look and function like a standard domestic kitchen. It remains in regular use for both TV Commercial production and digital video production.

2012 Investment in our Post-Production capability.

With an increased demand in scaled video production, we have made a further investment in new Avid Media Composer NLE Video Editing suites.

We use our skills in Video Production & Tech to create an innovative new product.

Concept Studios continually strives to innovate. We were one of the first companies to develop customisable videos that have the unique ability to control equipment. Using meta data embedded into the video file, we developed a way a video could not only demonstrate a fitness programme, it could also control fitness equipment. By fitting a screen to the gym kit, the consumer would be able to go on journeys with varying resistance intensity and speed.

6 Months of design and build sees the opening of a new TV Production facility.

Following the success of the business during the analogue switch-off, Concept TV needed more space to film and edit content. We also needed space to house our creative scriptwriters and visiting clientele. We found the perfect site located just outside London in the heart of Hemel Hempstead's industrial estate – Maylands.

After 6 months of design and build, Concept opened the doors to the new facility. The studios were split into production, post and sound studio spaces, with a separate space for general admin, creative and reception.

2006 Concept is one of the first affordable studios to embrace HD.

Concept TV has always believed in constant re-investment. In 2006, we stepped away from most other video production companies and TV advertising agencies by investing heavily in new Full HD Filming and Post-Production facilities.

This put our client's visuals a far step ahead of their competitors.

2005 Automated Analytics drives our TV Campaign ROI and we are chosen as a 'white-label' production company for media agency.

Concept TV chosen by a media agency to produce TV Commercials for it's clients.

Concept Television Studios Limited was formally established in 2004 to "fill the gap between big agencies and the business demands created by the planned analogue TV switch-off. We saw the emerging opportunities resulting from the subsequent change in viewing habits due to the new multi-channel television environment".

Consumer adoption of multi-channels represented a significant proportion of UK views. Cable TV and Sky was already well established by this point and had proven the demand for niche content / audience specific channels. We knew that the digitisation of entertainment media would (and subsequently has) revolutionise the very principles of the way we consume content. We knew demand would be created for affordable content production with a new more demanding and lean approach to the way TV media was bought. Our final and perhaps biggest insight was that analytics of 'big data' would form a central part of future medias buying proposition.

From these assumptions, Concept successfully was born.

2003 The initial team builds the foundations of Concept TV.

Concept TV was initially developed in 2003 by a team of young passionate film-makers and marketeers, after a year of discussions and research. From an early team of 7, 3 stayed on to finance and build our ideas into a new company.